The configuration of yesterday

Times became displaced from its linear formation as moving footage from the town of Kandos, in rural New South Wales, was broken down into single frame portions and dispersed into 1000 unique stills. The 40-second film was divided into 25-frames per second and became transformed into postcard form and could be played back through the re-collection of the postcards from various shop counters across town. The film was first taken at the Kandos Museum and portrays Helen, a museum volunteer, sitting at the entrance waiting for visitors to arrive. 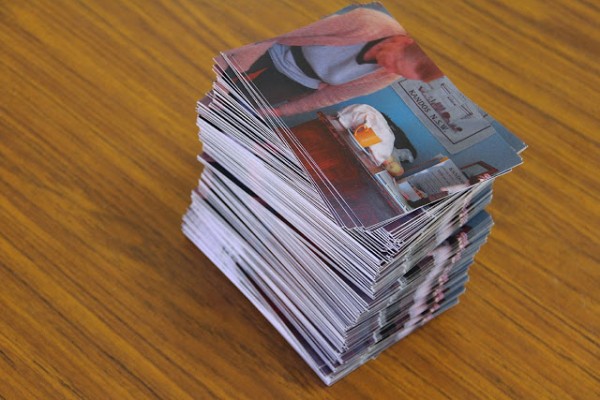 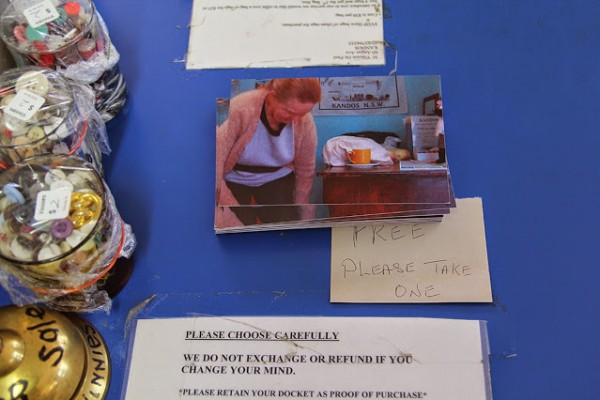 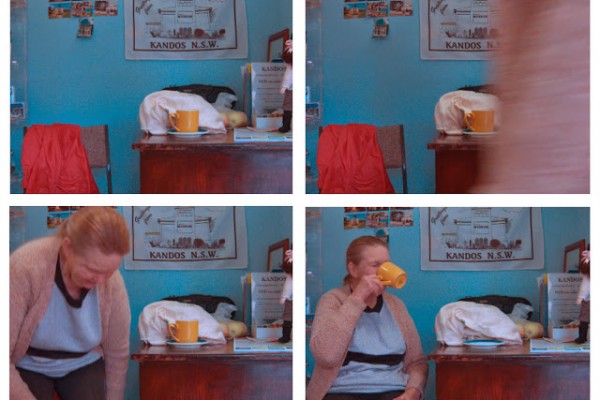